The industry is in an interesting state now. As VFX get more adoption across all disciplines of filmmaking, there’s more and more demand for our work ad at the same time things get devalued. There is much less experimentation (except at the top-notch facilities like ILM and DD), much less exploration - but the amount of work is actually increasing. Everybody seems to want more, faster and better than before, for less money. Good facilities are closing, not able to sustain their own weight in the economic downturn. However, there is one thing that still strikes me, after having worked in the industry for the past 3 years.

When I come to have a problem in the Ruby world, with some web technology or anything of that nature - it’s usually a matter of hours to get to a canned answer on one or other blog, wiki or forum. Asking people helps, and there is a “show source” making things even more accessible. There are whole universes where raw knowledge in the form of code roams free, ready to be taken. There is a thriving community of people sharing ideas, giving keynotes and presentations, putting these online for free. Every motion spurs discussion and natural, community QA. And there are open source projects, where you can examine the solutions to problems you face daily in their entirety - to learn and assimilate has never been so easy. It’s a thriving, lively ecosystem.

By comparison, the post/VFX business is a swamp. I’ll make use of my lowly position to say it out loud. Blogging post people are few and far between. And even when they do post, there is this uncanny feeling of “saying without saying”, the pressure that is mounted behind. As artists. we literally abstain from our own process, preserving the only right we might have left for ourselves - to put the work done on showreels for viewing to “audiences of close friends”. I talked to a very talented Danish animator once, and he told me that it’s usually around a year for a studio to give you even that - that meager playblast you have done for their show, contributing your sould, blood and sweat.

More horrid stories roam the air. About the locked-down Linux workstations at places like Big Effects Company X, where sending someone an email from your work machine summons immediate prosecution. The locked-down Exchange mail accounts, the watermarked Sorenson quicktimes - all of these attributes scream “you are owned”.

Our lips are sealed.

The basis of this sorry, miserable situation is of course the fact that we do not own our work. The film belongs to the production company and the producer, and they better die than let you show anybody how you literally rebuilt a half of their sorry, sorry shoot from scratch so that it looks respectable. By signing on a job we willfully abstain from saying anything, to anybody, ever, on how this effects job was completed.

Of course there are heroes, like fxphd. Mike, John and Jeff realised that to be able to talk about a concrete, practical VFX job you have to make your own movies. That is, pull over that other 70 percent of film work which have totally no relation to whatsoever just so that the red tape stays away. As a side effect, though, one of the few free sources of Flame-related information is not updated anymore - all the training these fine folks can give goes to the paid fxphd.

Yes, sharing knowledge is hard work, but put into perspective - shooting a movie to show how VFX is done is analogous to copying Wikipedia for the purpose of building a wiki engine. The miserable rightlessness that we VFX people enjoy in our profession is close to working in a retail chain.

To put it into perspective, be it not for my work for clients, I had already posted at least ten Flame tutorials here. Posts that explain useful, proper stuff that helps everyone - but the only thing I am ever allowed to post here is a screenshot of the UI. Not a single image, not a single mask, not a single tracking channel is allowed to leave the facility - and it’s the same everywhere - in Hong Kong, in Singapore, in the States and in Canada - we are all connected by the same agreement of being devoid of basic artistic rights (talking about our profession with peers) on grounds of intellectual property theft.

There were a few good blogs on the subject, like the one Mike Curtis had. He, by the way, has (reasonably) arrived at the proper conclusion that big studios just want indie film to die out without getting any theatrical runs (keeping film because of their DRM rectocentricity and because it makes it prohibitively expensive to self-distribute).

There is plenty to learn. A day ago I literally had to spend two days to put together a simple, stupid image-modeling setup to stabilize an image. Why had it taken that much time? Are we in the 1980’s that 3D stabilization is not yet commonplace? Are we not surrounded by various image-modeling capable apps that just beg to be used? Well, they are there and the manuals are also present, but the tutorials, the byproduct of many, many ongoing productions are not there. Nothing is shared.

Yes, there are modeling tools in ImageModeler and in PFTrack. Yes you can try both (only the ones in PFTrack work decently, to spare you some time searching). Yes there are 3-D tracking solutions (including the excellent Flame solver) but they all produce solutions which are unusable for image-based models (tracked features are not positioned in the correct relation to each other because there is an infinite number of points that can produce a correct tracked feature, provided the tracking parallax is sufficiently small). But I literally could not find a single place mentioning it. Yes, I have Tim Dobbert’s book (and it says that you should rely on tracked features for scene fitting - which is not so for situations where your camera is not swinging full friggin’ circle around the subject). Yes there are DVDs.

Oh the DVDs. In absence of legit learning material (which many folks would be happy to provide - be it not for red tape) the running currency in the wild are torrents. AfterEffects, Shake, Nuke - you name it - the pirates are only too happy to piggyback on folks who do seek escape from bullshit by doing matte-paintings from scratch and shooting their own movies to composite them, just to be able to share knowledge. The usual conversation at the watercooler starts at the “I’ve downloaded a training DVD torrent lately about Houdini - so cool, so awesome - if only this Canadian French guy could speak english a little better”. By making knowledge transfer prohibitively expensive we are forced to feed on the same dry bones as everybody (for buying every training DVD one would need will drain your pocket in no time).

And there’s nothing to do about it, so it seems. It’s good for post house owners - anything thas has been closed by the situation is immediately stamped “know how” by the compay, after which the only mention there ever will be of a certain job will be a tweet, a second or less of someone’s showreel and a clip on the post house’s website. Not much more. That’s the second layer of red tape - and for our industry itself that means inbreeding.

Even buying solutions are classified.

installing BigExpensiveBoxX allows us to exploit the new creative strives of our clients and serve our emerging market better, said Artist Joe at Expensive Post Facility Acme today in an interview

Of course nobody will say “our boss worked on BigExpensiveBoxes since they were at version .2, so that’s what we use”. Nobody will say “we tested BoxY and BoxZ and you know - when we load an EDL in them smoke starts coming out of the monitor” – because it’s good if you buy BoxY and smoke starts coming out of your monitor. Knowing the simple truths is considered a competitive advantage, as if Internet is still in it’s infancy and it’s 1995 outside. Life is nice and fruitful, and come what may.

…I can say that we run neither PCs nor Macs at Facility X but…yeah what was the subject again? Oh, what we use for compositing… well we evaluated solutions X, Y and Z but they did not work for us, so we settled for solutuion N. And no, cheap jackass, I won’t tell you why because this is our competitive advantege, piss off. 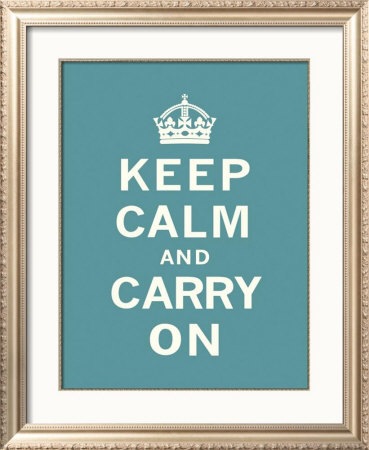 I mean - since when are we, artists in our own right, creative pixel pushers are obliged to talk in the miserable business speak that the worst of our clients seldom use? In interviews directed at our peers? From the frontiers of computer graphics we downgraded ourselves to providers of creative value in some kind of gargantuan, Orwellian factory with locked down workstation provisioning. 9 am, shift change!

This is how we stalk pics of each other. Hidden in the night, we carry on. A sudden encounter with blogs set up by one of my absolute, all-time heroes, Barnsley… looking all around and finding the dark corners of the Internet where red tape did not take hold yet.

One of the reasons I’ve make the guerilla-di projects is I explicitly wanted to share the know-how. Same for wiretap-ruby (even though here there was minimal investment involved).

So here’s a proposal which seems the only way there is to mitigate this situation (without losing your job forever). It’s clear that everyoe likes the status-quo we have now and it’s perfectly fine for big projects to classify every mouse click done. It’s OK that the only true look at the industry is a pirate-style YouTube video. But there is something we can do, and I’ll tell you straight away what it is.

Everyone of us who does not work at a large studio does these little side projects - helping friends out on a shot or two, grading things, pushing the creative vibes out of love for the profession. Next time one of these comes by, make one of shots a case-based tutorial, and agree with your “client” that this is the payment he gives to the FX community in return for free service. Take time to post at a blog how you did that wire removal, how that wicked particle expression of yours does things, how this camera projection has fabulously locked everything down.

Help us to stop inbreeding. The new generation will not come out of nowhere doing an internship at your DigBeta deck, the glory days are over. Stop the red tape.